The site uses cookies and similar technologies to ensure the proper functioning of the website and to offer you the best user experience and personalisation in advertisements and offers.

TravelBird uses functional cookies and analytical cookies to give you the best user experience. Moreover, TravelBird and third parties place tracking cookies to tailor advertisements and/or offers on the website and in the newsletter (if you are registered for this) to your personal preferences. Also, tracking cookies are placed by social media networks. Through these tracking cookies, your Internet behavior within and beyond our website can be monitored. By clicking on ‘accept’ or by proceeding on our website, you consent to this. Want to know more about the use of cookies and/or personal data by TravelBird, please read our Privacy- en Cookiebeleid

With this offer, you can get a partial refund if you cancel up to 3 days before your check-in date.

If your check-in date is less than 3 days away, you will not be eligible for a refund, however this might improve depending on your selection. Please check before booking.

A luxe stay at a glamorous five-star wine estate in Spain's 'land of bread and wine' - includes breakfast, a spa discount, a wine tasting and car hire

Salamanca is widely regarded as one of Europe's most beautiful cities. Constructed almost entirely in locally mined sandstone, sometimes it seems like the entire city glows golden as the sun goes down. The Old City was awarded UNESCO World Heritage status in 1988, and you have the chance to dive into its history from the five-star Hacienda Zorita Wine Hotel & Spa.

Nestled among vineyards and overlooking the River Tormes, Hacienda Zorita is a marvellous wine hotel and organic farm in Spain's Duero Valley. The tranquil resort was named one of 'the best wine resorts in the world' by Conde Nast Traveller, and has a rich history: in fact, it was once a 14th-century monastery where Christopher Columbus is believed to have stayed while raising funds for his transatlantic voyage.

Its roots are kept alive and well through architectural preservation and traditional artwork, which blends seamlessly with more modern refined design touches and fixtures. This is particularly evident in the individually decorated rooms, of which you'll be staying in. What's more, you'll embark on a vineyard tour and - yes, you've guessed it - sample some of the marvellous vintages this region produces.

We know plans can change. Our Flexible holidays let you rearrange your trip!

Slow things down in Salamanca

A city of rare beauty, Salamanca is a UNESCO-listed sandstone sensation, holding plenty of history, art and entertainment into an attractive package. Its remarkable centre is comprised of grand buildings and Baroque-style architecture, with all the laid-back charm you'd expect of a Mediterranean city. Notable highlights of Salamanca are the university - one of the oldest in the world, the old and new cathedrals, and the highly original House of Shells. Salamanca practices a very traditional Spanish way of life and here you'll find a plethora of fantastic restaurants serving the main meal of the day at lunchtime. 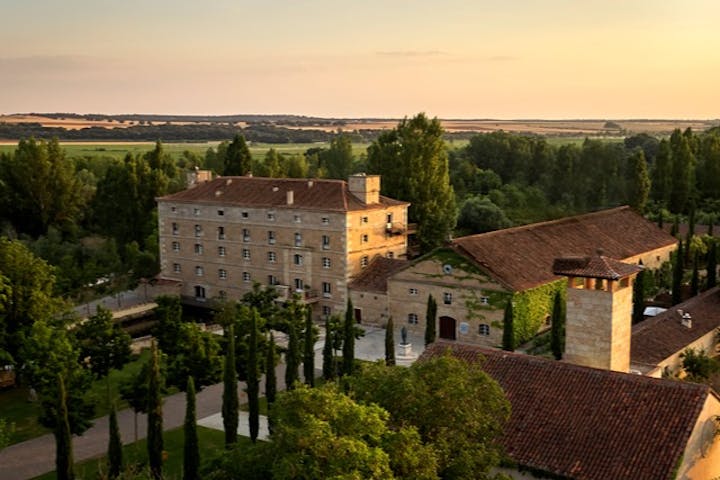 Hacienda Zorita Wine Hotel & Spa sits along the Douro in 'the land of bread and wine', owing to its flourishing farms and world-class vineyards. More than living up to this culinary heritage, the stunning five-star retreat boasts tempting menus and an organic farm, and there's an expertly stocked cellar for wine and cheese evenings.

You can ease into a blissful Spanish siesta at the hotel's own Wine Spa, which offers natural vinotherapy - spa relaxation with the help of the local grape - and soothing massage treatments. On deliciously hot days, cool off in the hotel's bath area. There's also a delightful bar for evening nightcaps. 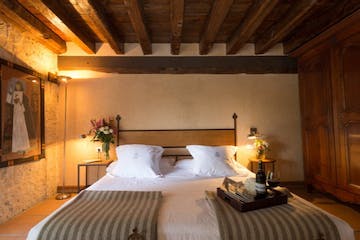 Double rooms - or simply "Chambers" - are lovingly decorated with rustic touches and soothing neutral tones. They're located in the main house (Casa Grande), facing River Tormes. These are rooms where history and art combine for one relaxing stay. 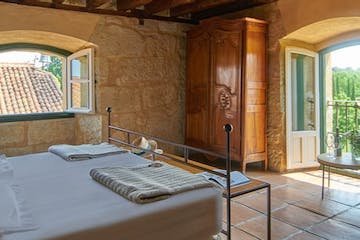 Deluxe rooms are ideal for those looking for a little more space during their stay. These rooms are also located in Casa Grande, and boast views of the River Tormes. Rustic-chic furnishings create warmth and comfort, from the terracotta tiles to the exposed stone walls.

Check prices and availability for this offer
Show prices

If you book this deal before 35 days of your departure, you can choose to pay in parts. The deposit will be 50% of the deal’s price plus the booking fee and travel and/or cancellation insurance (when applicable). You will find the payment amounts and deadlines to pay every installment at the last step of the booking process.

Flights from your chosen airport arrive at Adolfo Suárez Madrid–Barajas Airport, which is around 240 kilometres away from the hotel. Car hire in included in this offer; please note that the car journey may take around two and a half hours.